A 7-year-old girl from Texas broke the world record as the youngest female to climb the 19,341-foot Mt. Kilimanjaro — the tallest mountain in Africa. Her motivation? Her late father.

Facing high altitudes, constant rain and snow, Montannah Kenney ascended one of the world’s highest peaks with her mother, Hollie Kenney, in March over a week’s span. At 2,865 days old, Montannah became the youngest girl to reach the top of Kilimanjaro, according to a website that tracks climbs at the mountain.

Even with the accomplishment, Montannah told CBS News how this climb was so much more than a just world record to her. She did it in memory of her dad, who died shortly after her third birthday.

“I wanted to be closer with my dad,” she said. “I wanted to do fun adventures with my mom and learn about Mt. Kilimanjaro.”

The idea of climbing Mt. Kilimanjaro originated during a conversation Hollie had with her sister. When Montannah heard of this, she wanted to join in.

As the Kenneys began their research, they met an early obstacle: Montannah was required to be at least 10 years old. However, the duo figured out they needed a special permit to make the climb and settled on a date in 2019.

Then in January, upon the news of an 8-year-old girl reaching the heights of the Kilimanjaro in July 2017 — the pair sped up their climb date and hired a guide for their ascent in March — two months before Montannah’s eighth birthday.

“We got our act together,” Hollie said. “It fell together so easily, and beautifully.”

Despite not having any nearby mountains to climb in Austin, Hollie, a former professional triathlete, said they were already in decent shape before deciding to make the trip. They trained by doing hours-long hikes on weekends and shorter ones during the school week.

“We couldn’t do any altitude training, but we are not in area for that,” Hollie said. “She was in good shape with running, swimming and basketball. We spent a lot of time hiking.”

For the actual climb, what surprised Hollie the most was the low visibility on the mountain.

“It was way steeper than we thought.” Hollie said. “We didn’t know what was a cliff and what was a cloud. That was big eye opener.”

When asked if she would do it again or climb another mountain, Montannah said “maybe” but not as “long” as this journey. 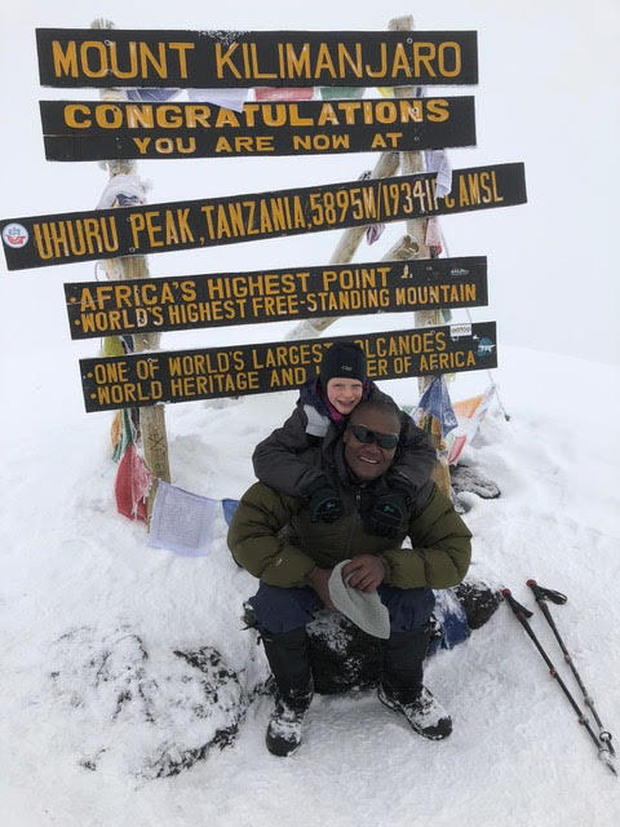 How Woli Agba Met His Wife will Shock You

How Couples Can Enjoy Sex During Fasting Period

Top Secret Nobody Has Ever Told You about the Growth of R.C.C.G