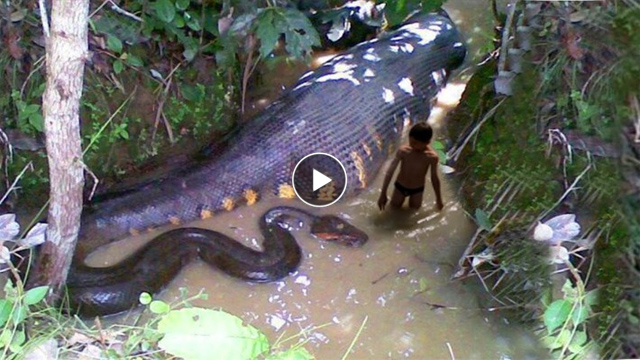 Snakes are generally seen as dangerous reptiles, but in Machina Emirate, Yobe State, they are revered. Here, it is believed that royal blood runs in their veins. In fact, they consistently pay homage to the Mai Machinama palace, where their ancestor was born, together with one of their ancestral kings, as twins.

According to history, a queen gave birth to twins in the palace, a human being and a snake. Being a snake, it couldn’t stay long with its mother, thus, it found its way into the rocks behind the emir’s palace. It is said that its descendants still enjoy all the privileges that come with royalty.

It is also believed that, just like the Machina Emirate, the forebear of the snake procreated kings, queens and princesses that were of equal status with their relatives in the kingdom.

Corroborating the story, the Emir of Machina (Mai Machinama), His Royal Highness, Dr. Bashir Albishir Bukar (OON), said the snake started its generation like regular human family immediately after it went into the rocks.

Read Also: 4 Ways to Say No to Sex Without Hurting Your Spouse

“Since then, their lineage has continued, just like human beings. I am the 77th Mai Machinama, so there must be one snake that has attained the same position in their kingdom,’’ he said.

Bukar revealed that during his father’s installation as emir, many snakes came out and gathered at the palace entrance and socialised with people without causing any harm.

He recalled a mysterious encounter the snakes had with the media crew that came to cover the event. Out of curiosity, some of the journalists attempted to photograph the snakes, but the moment they fixed their cameras on them, they got out of sight.

“After the futile struggle, they all gave up and went back with miraculous stories to tell. It is only by our acceptance that one can get their pictures. Our children snapped pictures of the snakes within the palace because they consider them as their brothers,” he said.

Speaking on how they relate with the snakes, the emir said they occasionally come together as a family to share moments of happiness or sorrow.

“When I was turbaned, there were old snakes at the occasion, just like the young ones usually come to the palace whenever my wives are giving birth. So we are doing everything together with them in this palace.

“When I married my younger wife, a snake came to the house and spent more than a week. The guests were afraid, but I assured them that it would not harm anybody. In the morning, it would come out and spread itself on the wall, then varnish in the afternoon. It would do the same thing in the evening and varnish. Initially, my bride was afraid, but she later became used to it. So the snakes are our brothers; they don’t harm anybody in Machina.

“As I sit here, a snake could come and curl under my chair. I feel happy seeing them around. But each time I see them around, I will pray and hope it’s for good because something will definitely happen. Whenever my wives are about giving birth, you will see the young snakes coming out, a sign that something is going to happen,’’ he said.

One of the courtiers in the palace told our correspondent that one of the princes usually sleeps in the same bed with a snake.

“Each time he goes to sleep and finds a snake in his bed, he will just push it aside and sleep alongside it,’’ he said.

Killing of snake is forbidden because they are considered as having royal blood. The snakes don’t harm anybody; however, they retaliate when someone tries to harm them.

Two Policemen Drown In River. Reason Will Shock You

Man Dies In Car Accident 12 Days To His Wedding