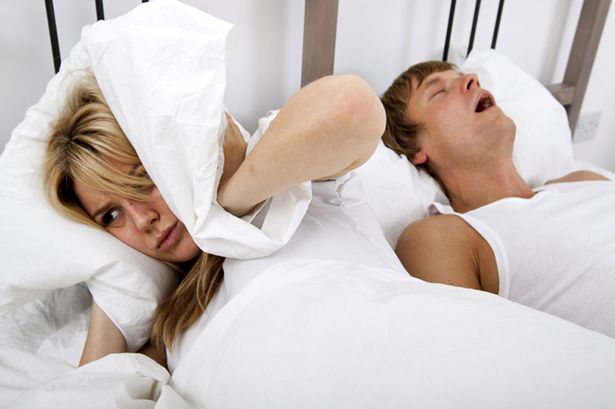 Snoring is the third biggest cause of divorce
After money problems and infidelity, snoring appears with the third biggest cause of divorce. Everyone snores. There are, however, the so-called pathological snores that produce so much noise that it bothers not only those close to the snorer but the people in the house and in some cases even the neighbors, as is the case of an English lady who snores so loudly as well as the noise of a low-flying jet – that is 112 decibels. According to the world health organization, over 40 decibels is already noise pollution.

This is a problem that affects half of men from the age of 40 and a quarter of women.

The noise bothers and wakes the partner who does not snore. But, this is not exactly the problem that leads to divorce, although it does contribute. After all, when the partner snores too much, or too loudly, couples choose to sleep in different places, damaging not only sexual intimacy but also talking about the day’s bedtime issues.

The biggest problem is in the quality of sleep and how it affects the mood of the couple. According to a researcher of Rush Medical Center in Chicago, and one of the few scientists in the world to study the relationship between marriage and sleep apnea, couples in which one partner snores, often quarrel, or has more disagreements than others without the problem.

This is because at each snore (an average of 300 a night), both the snorer and the non-snorer wake-up and take up to 4 minutes to return to the previous stage of sleep, which ends up subtracting 2 hours of sleep per night. So, instead of sleeping the required 8 hours, the person sleeps only 6 hours.

While the snorer does not notice that he has woken up, the partner perceives and suffers. The result is fatigue, irritation, difficulties in entering into a consensus and a sense of inequality towards the snorer.

The long-term result is the wear and tear of the relationship, constant fights and consequently the divorce. This is a problem that can be avoided if both partners are willing to do something about it.

Although this problem has so great an impact that it becomes the third largest cause of divorce, only 10% of people seek help. So, don’t suffer in silence, make sure you talk to your partner so that the issue can be resolved.

Simple trick To Remove Stains In The Bathroom

Internet fraudster (Yahoo boy) in police net. What he did will shock you

How to Unzip the Ear When its blocked