An early Medieval grave near Bologna, Italy, was revealed to contain an injured pregnant woman with a fetus between her legs. Based on the positioning of the tiny bones, researchers concluded this was a coffin birth, when a baby is forcibly expelled from its mother’s body after her death. The pregnancy and the woman’s head trauma may also be related. 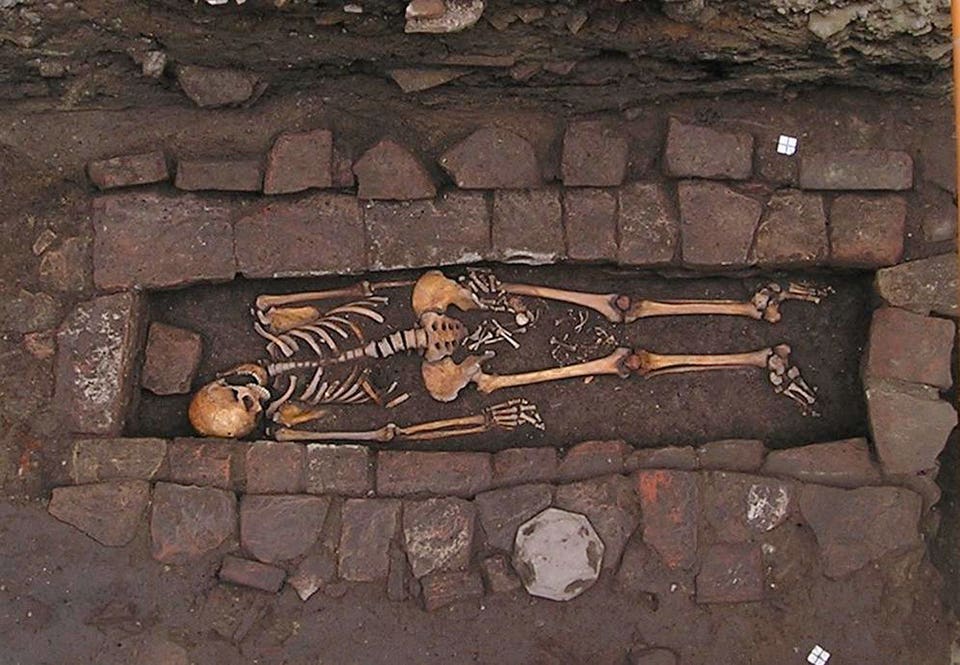 The burial, dating to the 7th-8th century AD, was found in the town of Imola in northern Italy in 2010. Because the adult skeleton was found face-up and intact, archaeologists determined it to be a purposeful burial in a stone-lined grave. The fetal remains between her legs and the injury to her head, however, triggered an in-depth investigation, which was recently published in the journal World Neurosurgery by researchers at the Universities of Ferrara and Bologna.

Based on the length of the upper thigh bone, the fetus was estimated to be about 38 weeks’ gestation. The baby’s head and upper body were below the pelvic cavity, while the leg bones were almost certainly still inside it. This means it was positioned like a near-term fetus: head down in preparation for birth. But it also means that the fetus was likely partially delivered. 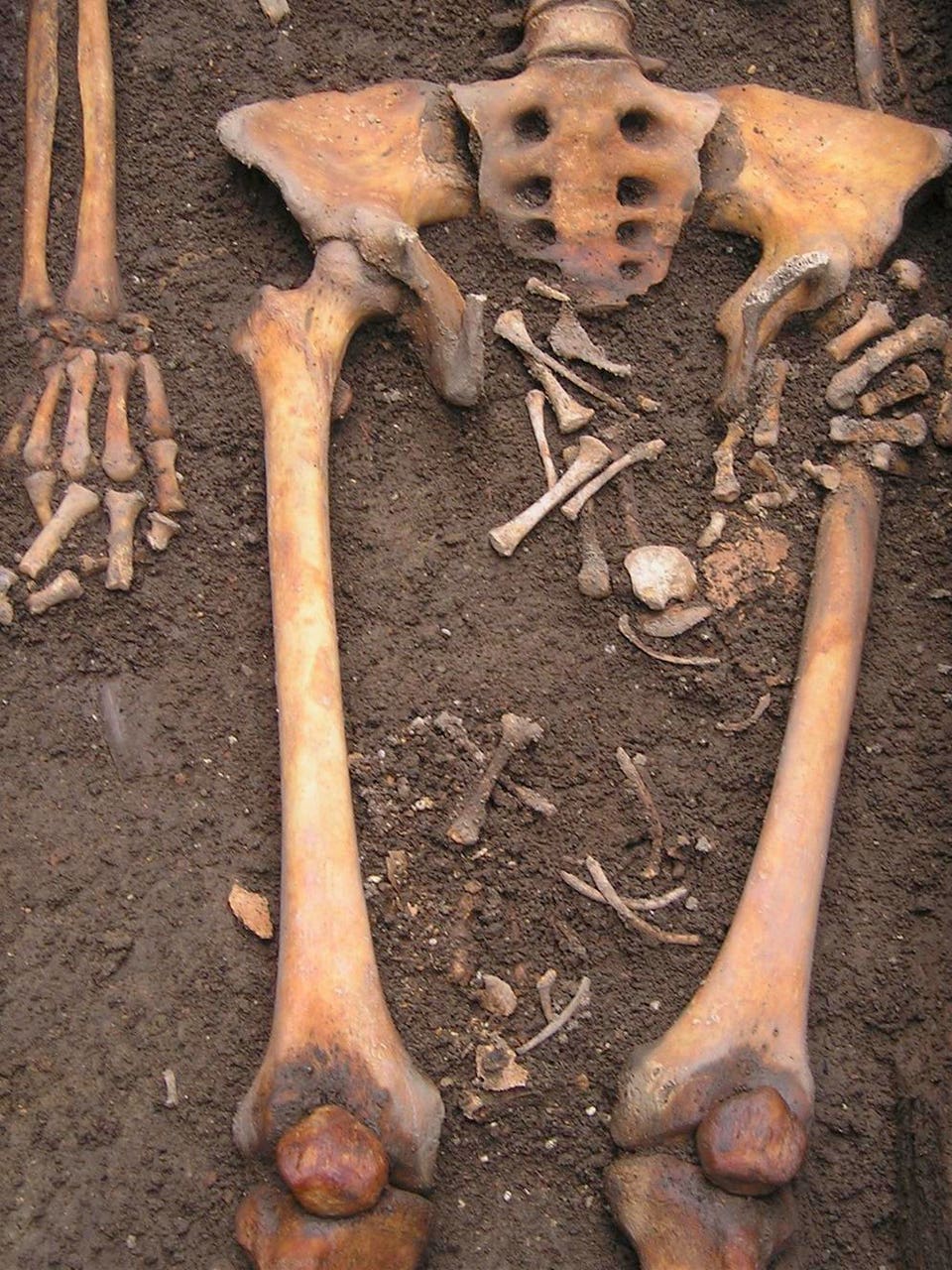 Although rare in the contemporary forensic-medical literature and even more so in the bioarchaeological record, this appears to be a case of post-mortem fetal extrusion or coffin birth. Bioarchaeologist Siân Halcrow of the University of Otago explains that, in the case of the death of a pregnant woman, sometimes the gas that is created during normal decomposition builds up to such an extent that the fetus is forcibly expelled.

The actual mechanism of coffin birth is somewhat less understood, however. “The cervix shouldn’t relax with death after rigor mortis disappears,” Dr. Jen Gunter, a San Francisco Bay area OB/GYN, says. “I suspect that what happens is the pressure from the gas builds up, and the dead fetus is delivered through a rupture – it basically blows a hole through the uterus into the vagina, as the vagina is much thinner than the cervix.”

This example of coffin birth is interesting from an archaeological standpoint, but the state of the mother’s health makes it completely unique: she had a small cut mark on her forehead and a 5 mm circular hole next to it. Taken together, these are suggestive of trepanation, an ancient form of skull surgery. Not only was the pregnant woman trepanned, but she also lived for at least a week following the primitive surgery.

In the World Neurosurgery article, the Italian researchers proposed a correlation between the mother’s surgery and her pregnancy: eclampsia. “Because trepanation was once often used in the treatment of hypertension to reduce blood pressure in the skull,” they write, “we theorized that this lesion could be associated with the treatment of a hypertensive pregnancy disorder.”

Eclampsia is the onset of seizures in a pregnant woman with preeclampsia (high blood pressure related to pregnancy) and, particularly in the time periods prior to modern medicine, was likely a common cause of maternal death. A pregnant woman suffering in early Medieval times from high fevers, convulsions, and headaches may very well have been recommended trepanation as a cure.

“Given the features of the wound and the late-stage pregnancy,” the authors note, “our hypothesis is that the pregnant woman incurred preeclampsia or eclampsia, and she was treated with a frontal trepanation to relieve the intracranial pressure.”

If the researchers’ conclusions are correct, the mother’s condition was not cured by the cranial surgery and she was buried, still pregnant, in a stone-lined grave. As her body decomposed, her deceased fetus was partially extruded in a coffin birth. Halcrow, however, cautions that this may not be the best explanation. “In this instance,” she says, “the woman could just as likely have died as the result of normal complications from childbirth.”

Whether or not the trepanation and pregnancy are linked, Halcrow does note that “it is pleasing to see a study that is focused on maternal and infant mortality and health in the past, because this subject is often overlooked.” The unique case of the demise of a pregnant woman soon after invasive skull surgery is unparalleled in the archaeological record and therefore important for our understanding of ancient health and disease.

Lady turns wrestler, what she did to these ladies will shock you

Pre-wedding Photos of Nigeria Beauty Queen and Her Fiance

5 Amazing Ways to Communicate Better With Your Spouse

Amazing: See a town where chickens are used to detect witchcraft