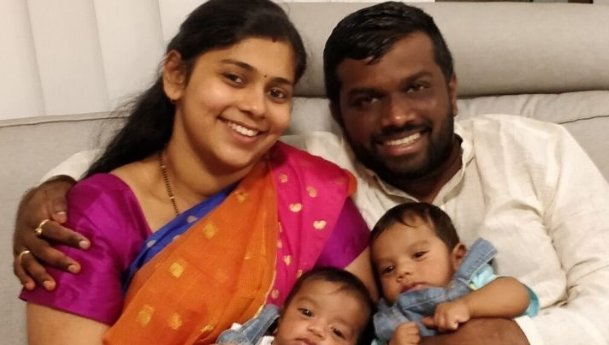 An Indian woman has named her newborn twins ‘Corona’ and ‘Covid’ as a reminder of the pandemic.

The 27-year-old Preeti Verma, from Chhattisgarh, central India in her statement said the names of her little boy and girl, who came into the world last Friday during the lockdown would remind her of exactly what was happening on the week of their birth.

She named the baby boy Covid and his sister Corona.

Preeti said the pandemic has also brought with it some happy memories.

She did admit, however, that she might change the names of her twins when they get older.

Preeti, who also has a two-year-old daughter, said: “The delivery happened after facing several difficulties and therefore, me and my husband wanted to make the day memorable.

“Indeed the virus is dangerous and life-threatening but its outbreak made people focus on sanitation, hygiene and inculcate other good habits.

“Thus, we thought about these names.”

Speaking of the day her babies were born, she said: “Late night of March 26, I suddenly experienced severe labour pain and somehow my husband arranged an ambulance operated under the 102 Mahtari Express service.

“As no vehicular movement was allowed on roads due to the lockdown, we were stopped by police at various places but they let us go after noticing my condition.

“I was wondering what would happen in the hospital as it was midnight, but fortunately doctors and other staff were very cooperative.”

Preeti said family and friends wanted to visit them in hospital but were not able to because of the restrictions.

A spokesman for the Dr BR Ambedkar Memorial Hospital told the Hindustan Times that while it was a complex delivery both mother and the babies were doing well.

After 14 years of barrenness, woman dies during child delivery. Her last words will make you cry

Man returns to village after years in U.S. What his parents did will shock you [Video]

Man Breaks Son’s Head, What the Boy did will Shock You