Olufunke Ogunsuyi, the Head Coach of the Ogun State Kickboxing Association, has died.

On Saturday, July 31, Ogunsuyi, also known as “Big Fish,” was discovered dead in her hotel room in Ilorin, the capital of Kwara State.

The late Olufunke was competing in the State Government’s Kwara Zonal and Invitational Kickboxing Championship. She was both a judge and a competitor in the competition.

Ogunsuyi, a former kickboxing champion and graduate of Physical and Health Education (PHE) and Sports Psychology, was from Ijebu-Ode.

The hunt for the late coach reportedly began after she failed to show up at the stadium at 12 p.m. when all other authorities were expected to arrive for the start of the competition’s final ceremony.

Several calls to her cellphone went unanswered or were not returned. Following that, the organizers and other officials rushed to her hotel, where her lifeless body was discovered after the door had been broken into.

At around 4 p.m., the body was transferred to the Kwara General Hospital in Ilorin, where she was eventually confirmed dead. Her body was taken to the mortuary and will be transported to Ogun State.

Alhaji Ali Durotoye, the Director of Grassroots Sports Development at the Federal Ministry of Youth and Sports Development, was among the senior authorities that went to the general hospital to certify her death. 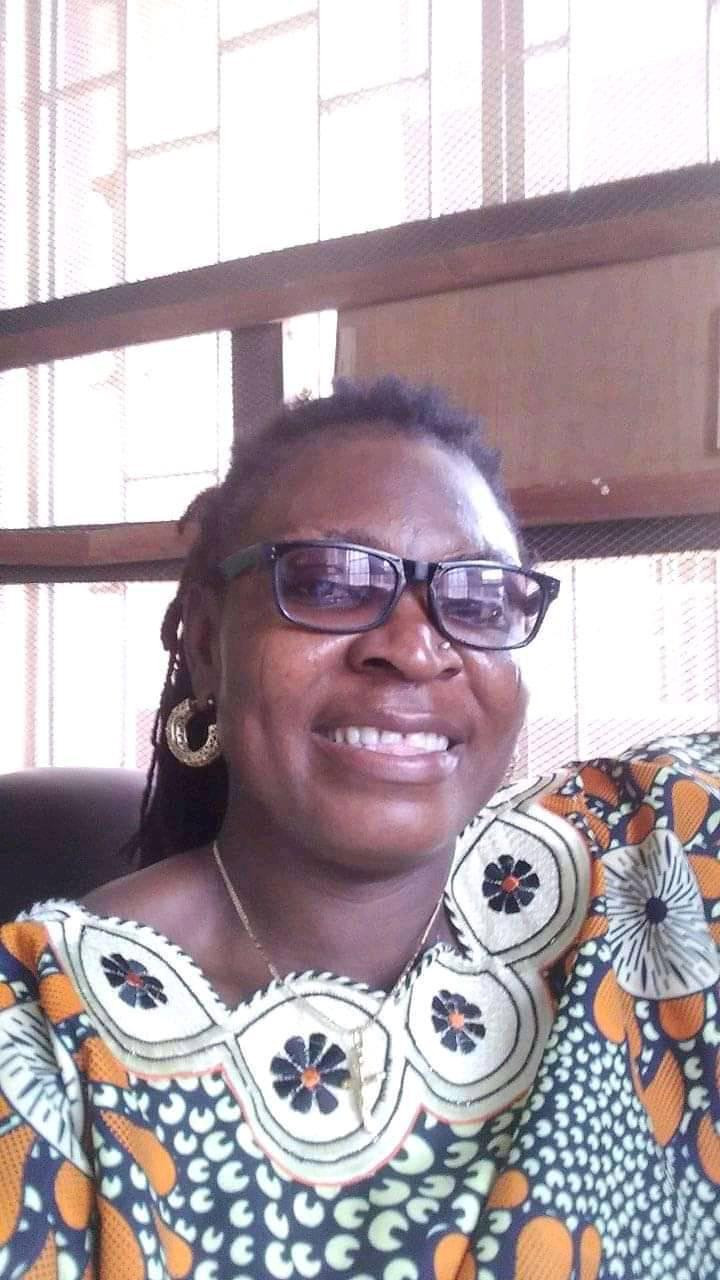 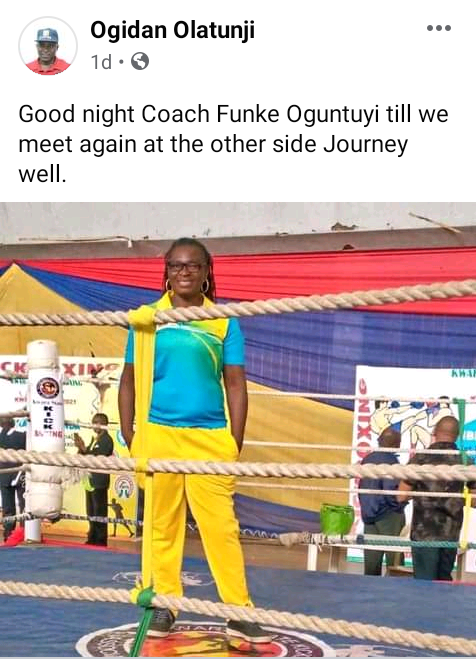 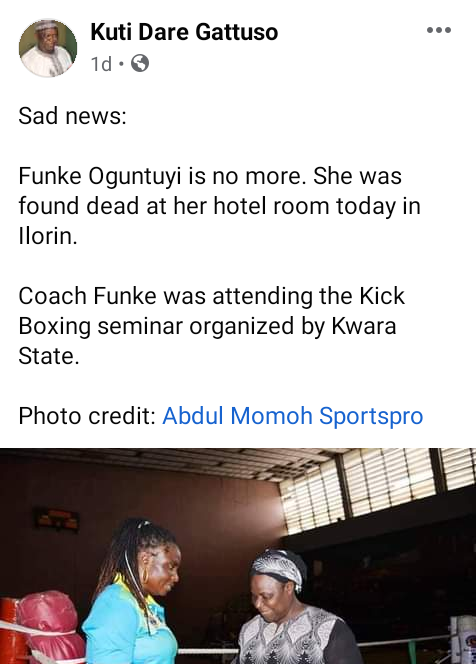 Fani-Kayode Not Fit To Raise Our Children, Leaves Them With Girlfriends, Nannies – Ex-Wife Tells Court

Chelsea 2-1 Arsenal; 5 Things we learnt from that preseason match

Woman Stops Husband’s Arrest, Gets Serious Beating From Him After (Graphic Photos)

Man who Kills his Lover Set to Marry her Corpse