God Save The King: Barcelona flushes out Chelsea from Champions League

GOD SAVE THE KING was an inscription displayed by the Barcelona’s fans just as the match was about to start and indeed God truly saved the KING (Messi). 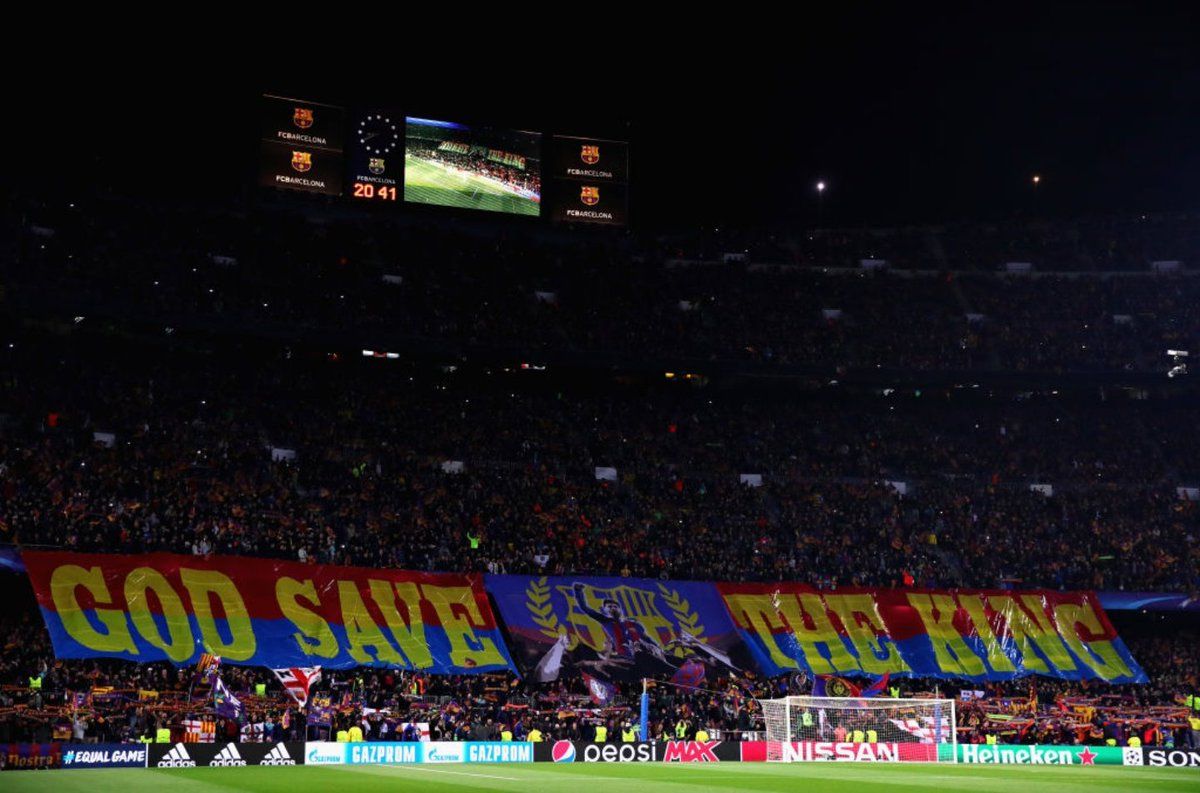 Barcelona stormed past Chelsea in the Champions League as Lionel Messi hit a brace either side of Ousmane Dembele’s first goal for the club.

Lionel Messi brought up 100 Champions League goals with a strike in each half as Barcelona dumped Chelsea out of the competition with a 3-0 win at Camp Nou.

The sides were locked together at 1-1 after Messi’s equaliser in the first leg of the last-16 tie at Stamford Bridge and Antonio Conte’s men held their own for long periods once again, only to be undermined by uncharacteristic defensive errors.

Messi scored the earliest goal of his professional career in the third minute, with Ousmane Dembele opening his Barcelona account in style to ground an encouraging Chelsea response. 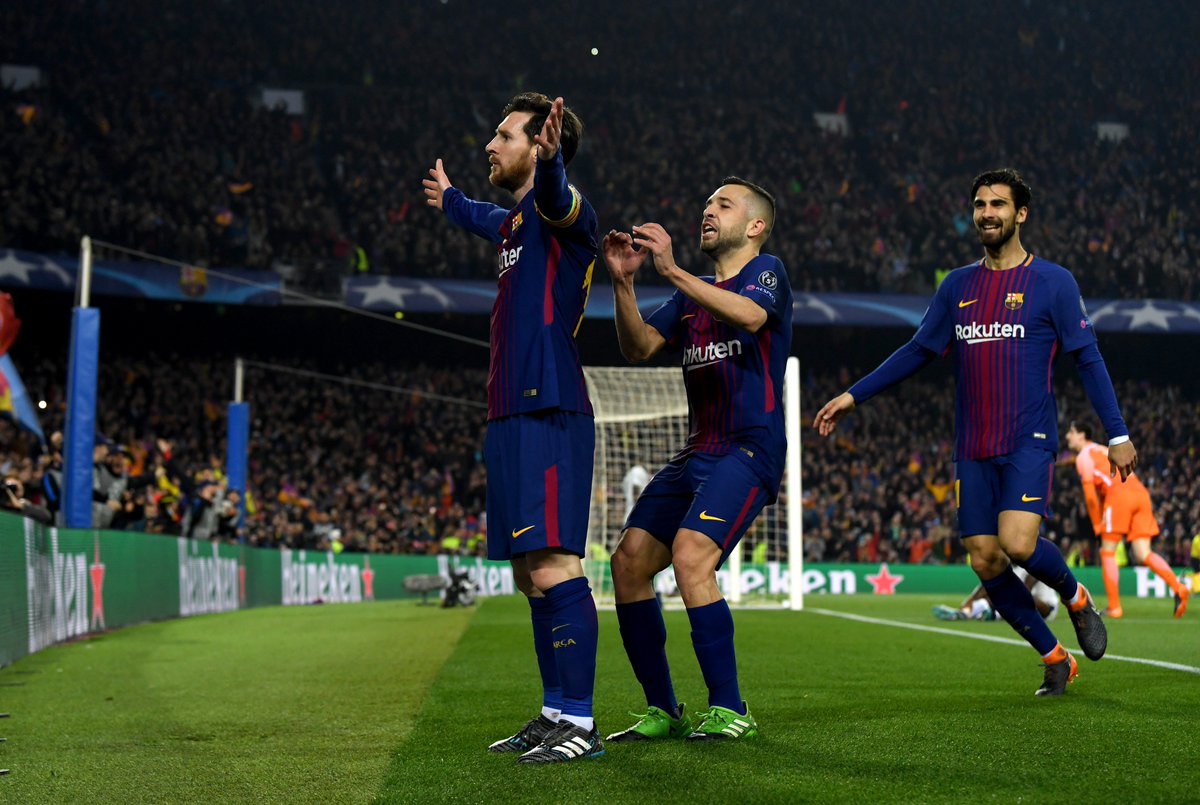 Thibaut Courtois was tamely beaten in the first instance and Barca’s ruthless qualities on the break were in full view as Dembele clattered into the top corner and Messi secured his latest landmark after the hour.

Chelsea’s attentions now turn to scrapping for a top-four place in the Premier League and a face-saving tilt at the FA Cup, with Conte’s prospects of seeing out his contract until the end of next season done few favours by Wednesday’s result.

By contrast, opposite number Ernesto Valverde has gone from seemingly managing a damage-control operation at the start of the campaign to being on course for a sensational treble. 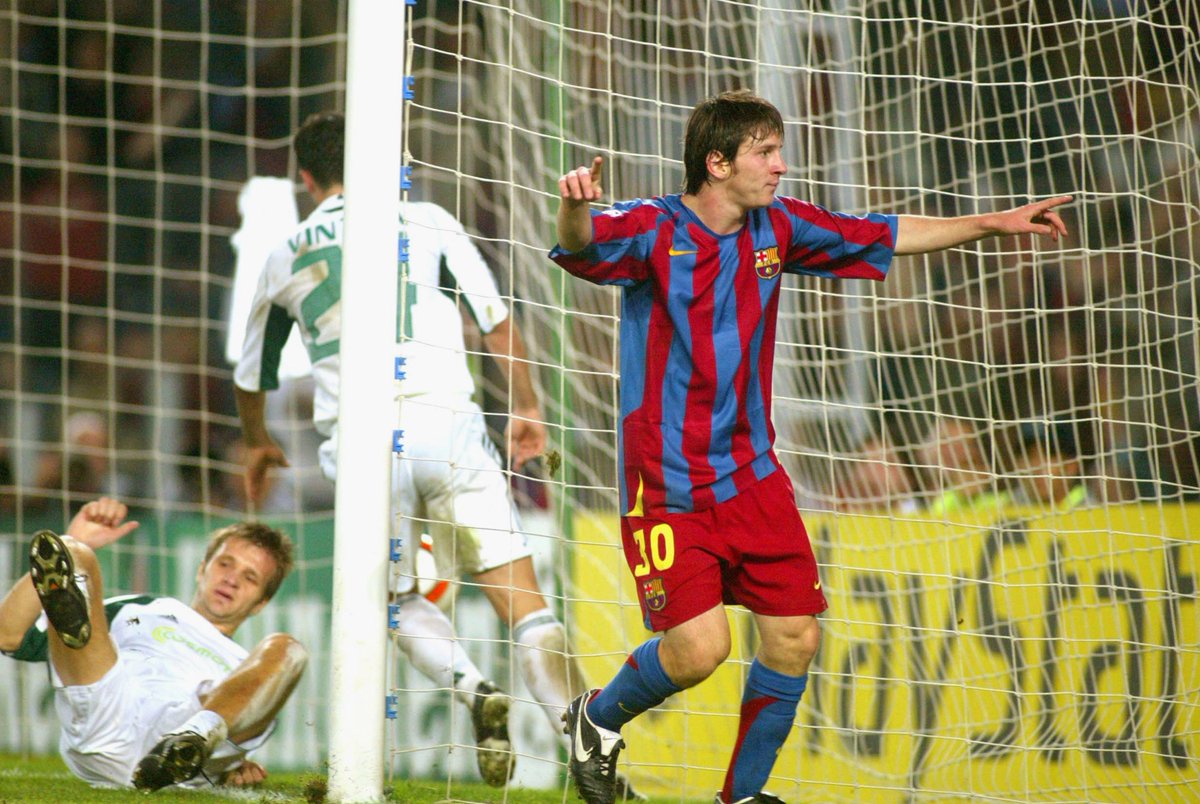 The hosts rumbled straight into their familiar passing rhythm, pushing and shifting Chelsea whichever way they desired from kick-off, and the breakthrough came after a mere 128 seconds.

Messi began one of his trademark dribbles towards the right edge of the Chelsea area and, even though the angle was against him when Luis Suarez sent the ball back in his direction, Courtois contrived to let a speculative right-footed prod through his legs.

Chelsea’s response was encouraging, with Eden Hazard sparkling, but ex-Barcelona midfielder Cesc Fabregas left his team-mates with a mountain to climb.

There was much for Messi to do when he pickpocketed Fabregas on halfway, but he glided past a wild challenge from Andreas Christensen and drew some defensive detente from a backpedalling Cesar Azpilicueta.

Once in the area, Messi picked out Dembele, who seemed to put every ounce of frustration from his injury nightmare this season into a vicious, rising right-footed finish.

Barcelona goalkeeper Marc-Andre ter Stegen repelled Marcos Alonso’s strike from Willian’s cutback in the 37th minute and, after N’Golo Kante bustled into the box with the second ball, Fabregas got in the way and his team-mate slashed wide.

Alonso then struck the outside of the post with a superb free-kick in the 45th minute, ensuring the half started and finished with frustration for the reigning Premier League champions. 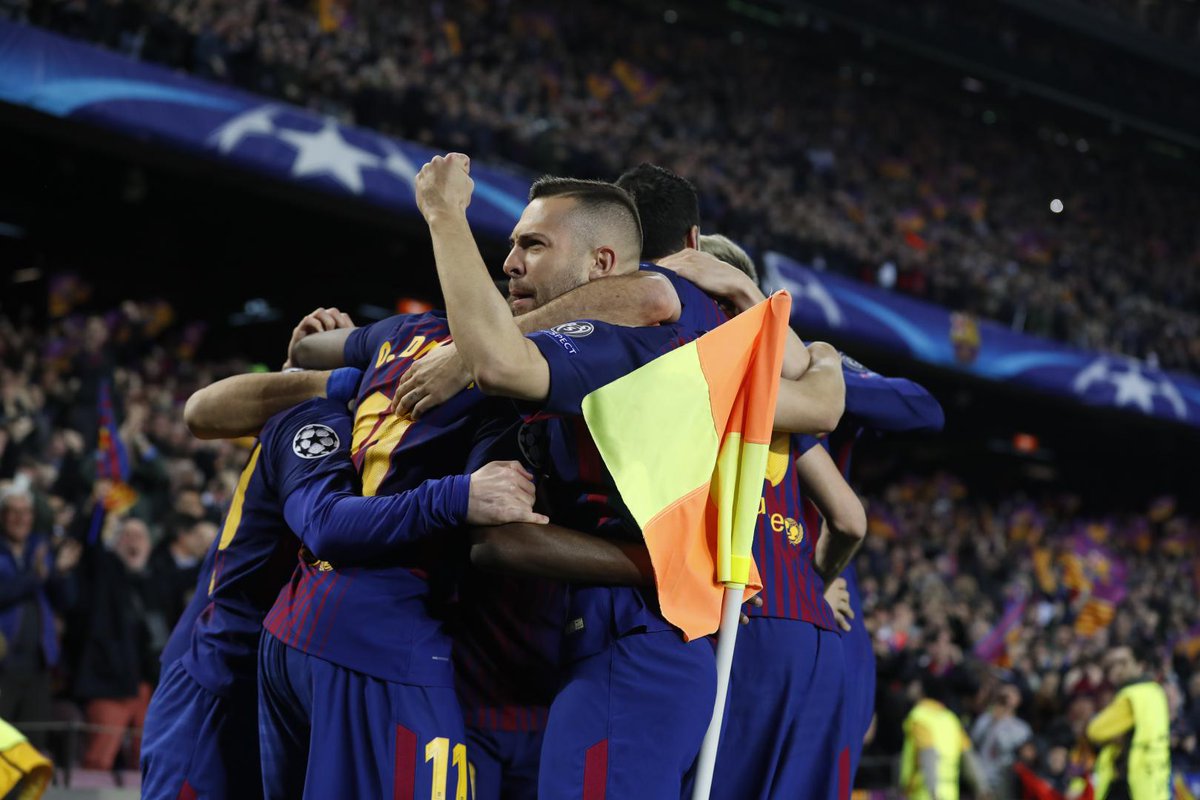 Courtois resumed in howling fashion, passing to Suarez, but at least stood firm to keep out the resulting shot.

Conte’s touchline fury reached new levels in the 50th minute when Alonso tumbled in the box under clumsy pressure from Gerard Pique, but no penalty was given.

Alonso was the standout performer of a tireless Chelsea performance, but their efforts were undermined as they surrendered possession again in the 63rd minute.

Suarez tore at the away defence and fed Messi to ease around the outside of Azpilicueta and clip the ball home – once more via a nutmeg of Courtois.

The Belgium goalkeeper at least kept out a Paulinho header five minutes from time before the crossbar denied Antonio Rudiger a consolation goal that the visitors’ toils merited.

Help! My husband has refused to have sex with me for 2 years now, what should I do?

Euro 2020: Germany banned from training at Wembley ahead of England clash

City slumps as they drop vital points against Burnley