A young Malian migrant who rescued a child from a balcony has been made a French citizen and has also been offered a job by the Paris fire brigade. 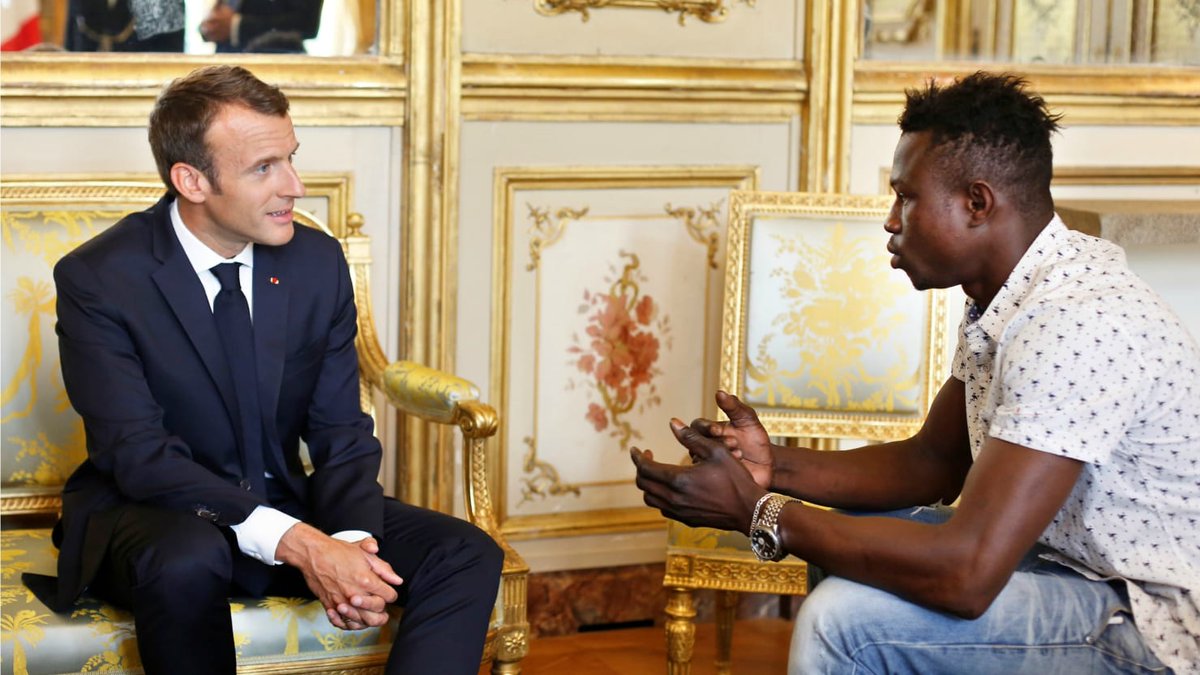 The Video of the rescue which went viral online showed 22-year-old Mamoudou Gassama climbing up four floors of the apartment building in just seconds to rescue the child, to cheers from onlookers.

By the time Parisian emergency services arrived at the building, he had already pulled the child to safety.

President Emmanuel Macron invited Gassama to the Elysee Palace on Monday, where he was given a certificate and a gold medal for performing an act of courage and dedication.

Gassama told Macron: “I didn’t think about it, I climbed up and God helped me.”

He said that when he reached the apartment, he became scared and started shaking.

Macron asked Gassama how the child was when he was rescued. He replied: “He was crying because he was hurt.”

Speaking to CNN-affiliate BFM TV after the rescue, Gassama said he had been in the neighborhood to watch a football match in a local restaurant when he saw the commotion.

“I like children, I would have hated to see him getting hurt in front of me. I ran and I looked for solutions to save him and thank God I scaled the front of the building to the balcony,” he said.

Mamoudou Gassama: The Mali 'Spiderman' to be made French citizen and a member of fire brigade of Paris!
via @BBCWorld @EmmanuelMacron #France #heroismhttps://t.co/GZtL3pJI4Z… pic.twitter.com/F2Po9cJsij

NFF Organizes Seminar for Eagles, the Theme will Surprise You

Bauchi Government to Save 1 million Lives Through Health Initiative

Man kills colleague after he allegedly led him to Smoking

I am ready to return home, only waiting for my doctors’ order- Buhari