Below are the facts you never knew about Gloria Bamiloye:

3. Married to Mike Bamiloye  for more than 28 years

6. Her desire was to be a teacher. Facts You Never Knew About Gloria Bamiloye

7. She is from a Muslim family 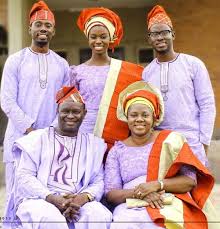 9. Gloria Bamiloye is the Vice President and the Co-founder of Mount-Zion Faith Ministry on August 5, 1985

10. She is a gospel dramatist, actress, film producer and director

11. She met her Husband at the Oyo State College of Education, Ilesha

13. Married Mike Bamiloye against her parent’s wish because he had no job apart from full-time drama ministry

14. She responded to her husband’s proposal after one month by writing on a small paper –‘’I will marry you’’

15. She gave birth to three Children:Damilola, Joshua, and Darasimi in poverty

16. She is the author of these books:The Anxiety of Single Sisters,The Minister and His Wife and A Successful Ministerial life in Drama 17. She has played lead roles in most Mount-Zion films such as Ultimate Power, The Hunting Shadow,Blood on the altar,Just a little sin,among others

“As a mom, as a wife, your words are strong and powerful”- Stella Damascus

5 Things you must know about pneumonia

JONATHAN FAILED BECAUSE HE DIDN’T GIVE NIGERIAN 40,000 KW OF ELECTRICITY HE PROMISED- OBASANJO

1.6 million children gets immunized from measles within three weeks