A woman identified as Nkiru Okoye is currently receiving treatment in a hospital after she was allegedly attacked with acid by her ex-lover in Anambra state.

It was gathered that the woman had been formerly married, but broke up with her spouse, before falling in love with the said ex-lover. 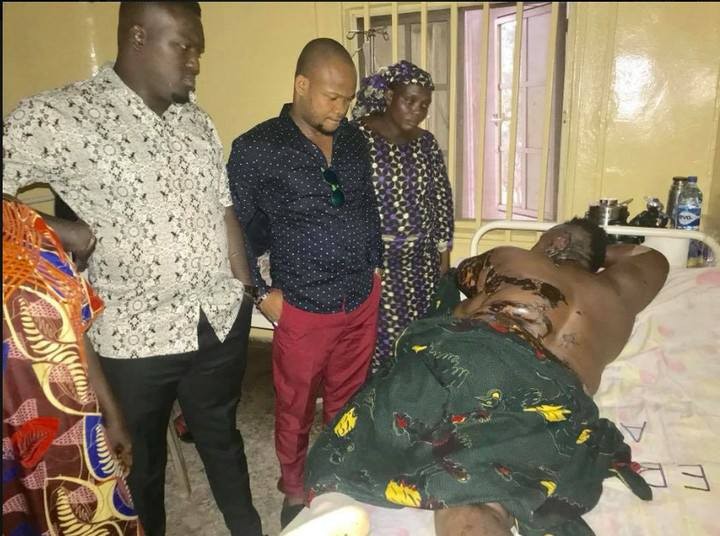 According to reports, the young man in question is said to be younger than Nkiru, hence his family insisted they put an end to the relationship as their son would never marry an older woman. The lady’s family also concurred, but the young man wouldn’t give up, it was alleged. . 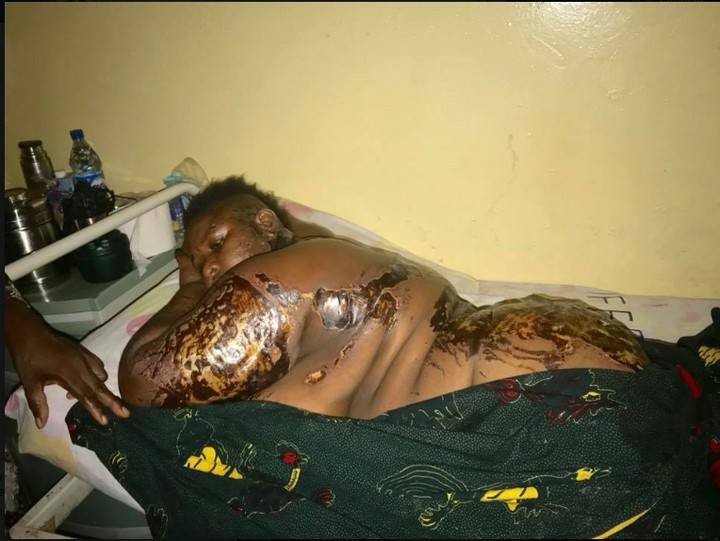 According to Tobenna Obiano, things got so bad when the lady insisted that they must part ways to respect their families and their excuse of age. But the young man insisted that if he doesn’t end up with the lady, no one else would have her.
It was alleged that he had once attacked her. He had sneaked into Nkiru’s room at night and tried to strangle her. Neighbors rescued her but she never made any formal report either to the local vigilante or to the police.

Soon after the said incident, the young man sneaked into her room again through the back door, and as Nkiru was about unlocking her door, he poured a bowl of raw acid on her, which ran down through her ear, neck region, breast to her back section

He poured a second one again on her, extending from her back down to all-over her buttocks and even towards her laps. The lady has since been transferred from a hospital in Awka to an Orthopedic hospital in Enugu state ,where she’s currently being treated.

Lady gets shocking surprise on her Passing Out Parade