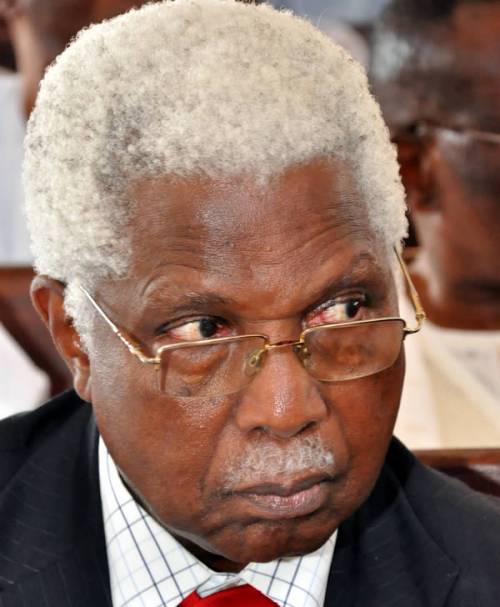 In a bid to honour late elder statesman, Dr. Alex Ekwueme who passed on sometimes around November, 19, 2017 in a London hospital, Anambra state government has declared Thursday this week as a work free day.

The announcement which was made known in a statement by the Secretary to the State Government, SSG, Professor Solo Chukwudebelu said the work free day declaration will enable Anambra people to participate effectively in the programme planned to honour the late elder statesman at the famous Alex Ekwueme Square in Awka.

The statement indicates that, all markets and businesses in the state would be closed on that day to enable Ndi Anambra, friends, associates and well wishers to pay their last respects to late Ekwueme.

Chukwudebelu said those expected to attend the commendation ceremony include various social, cultural, religious, political, professional, educational, market men and women and other groups, adding that the ceremony would commence at 10am that day.

Meanwhile, in the spirit of giving Ekwueme the best funeral rite, renovation work had already begun at the Ekwueme Square, as canopies and stands were being mounted at various points to accommodate guests coming for the event.

Help! 4 weeks to our wedding I discovered that my fiancee's father was the policeman that killed my father

Dangote Arranged Guests For Travelling At His Daughter’s Wedding

Ways to Lose Belly After Childbirth

Woman rob man, shoots him twice for performing wrong sex act with her