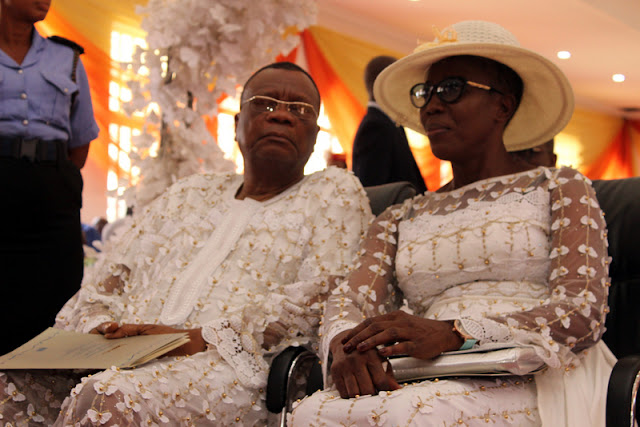 As many people have started asking who the new bride is, dailyfamily.ng has taken the task to supply our readers all they need to know about Grace Ojewande the new wife of prophet Samuel Abiara.

Below are things you need to know about her:

3. She is a level 16 officer at the Lagos State Ministry of Education.

4. Mrs. Grace Abiara is reported to have never married before nor had any children

5. She is a virgin according to a family source “Our aunty has never been married, and her marriage to the great prophet is like him getting married to a young virgin. The family is happy to be associated with the prophet, and we wish them all the best.”

6. She is a member of the Mountain of Fire and Miracles Ministries.

7. She got married to the clergy at his Christ Apostolic Church, Agbala Itura in Ibadan, Oyo state.

Mrs. Grace Abiara is the second wife of the prophet after he lost his first wife, Christiana Abiara, in 2016.

Are You Desperate For A Relationship? 5 Ways Not To Show It

Beautifying Your Marriage With The Best Colour

3 Ways to Evaluate the Success of Your Marriage

7 Ways to be the Pillar of your Husband’s Purpose