23 Quick things to know about Dr. D. K. Olukoya and his Family

Dr. D. K. Olukoya is a firebrand minister of God. Most of the people see him as just a deliverance minister and a man of prayer. DKO, as he is fondly called, is a man of many parts and surely a very classy man of Godly dress sense judging by the way he dresses.
Dr. D. K. Olukoya is the founder of Mountain of Fire and Miracles Ministries (MFM). The church is devoted to the revival of Apostolic signs, Holy Ghost fireworks and the unlimited demonstration of the power of God to deliver the uttermost.
MFM is a do-it-yourself gospel ministry, where your hands are trained to wage war and your fingers to fight.
As a prophet, evangelist, teacher, role model and preacher of the Word, Dr. Olukoya continues to spread the message of God’s power to restore the sick, break yokes and bring salvation to all nations thereby bringing about a harvest of deliverance and spiritual breakthrough by the power of the Holy Ghost.
Here are some 23 quick facts you must know about Dr D. K. Olukoya
1.     Dr. D. K. Olukoya was born in Akure, Ondo State
2.     His full name is Daniel kolawole Olukoya
3.     The name of his father is Mr. Olukoya, a Police Officer and his mother, Mrs. Olukoya, a trader
4.     He is married to Sade Olukoya (nee Adesanya), a talented artist 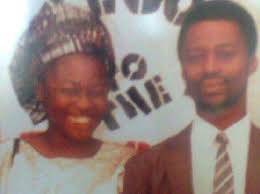 5.     Dr. D. K. Olukoya is a Pastor, Author, Televangelist, and a Researcher
6.     His first school was St. John’s CAC Primary School, Akure, where he was recognized as an exceptionally intelligent child coming tops throughout his stay at the school.
7.     His family later moved to Lagos and he attended St. Jude’s Primary School, Ebute Metta, Lagos and Methodist Boy’s High School, Lagos
8.     He became born again while in the secondary school and also met and Indian teacher who once told them “Boys, if you want to escape poverty, READ YOUR BOOK!” DKO followed the advice and he started studying from 9 pm to 3 am. He became the best graduating student of his set
9.     In 1976, he gained admission to the University of Lagos (UNILAG) to study Microbiology. He graduated from UNILAG in 1980 with a first-class degree in Microbiology. He was the first person to have achieved a first-class in the course at the University and his G.P.A is still the highest recorded so far (as at February 2010) in that course
10.  Soon after graduating from UNILAG, he won a scholarship to study for a Doctor of Philosophy (Ph.D.) degree in Molecular Genetics at the University of Reading, United Kingdom.
11.  Despite difficulties, DKO earned his Ph.D. in 3 years and returned to Nigeria
12.  When he returned to Nigeria, he joined the Nigerian Institute of Medical Research (NIMR), Yaba.
13.  He has published over 70 scientific papers in a short span (a remarkable feat by any standard).
14.  He also taught Genetics and was an external examiner in a number of universities.
15.   Moreover, he has attended and presented papers at scientific conferences in almost all continents of the world.
16.  He still contributes to the field of genetics and biotechnology through the Daniel & Fola Biotechnology, an NGO established to train Nigerian Citizens in molecular biology and biotechnology
17.  Dr. D. K. Olukoya established Mountain of Fire and Miracles Ministries (MFM) in 1989
18.  Beside his Father being a Police Officer, he was a Pastor of Christ Apostolic Church where DKO also attended with him at the time
19.  DKO’s ministry is heavily influenced by the work of the late Apostle Joseph Ayodele Babalola, the founder of the CAC church.
20.  In the dedication pages of the Prayer Rain and Prayer Passport books, DKO writes of Apostle Babalola: “Apostle Joseph Ayodele Babalola was a minister of God who understood the power of prayer. He was a man mightily used by God to ignite the fire of the first Christian revival in Nigeria in the 1930s. Brother J.A. and his team of aggressive prayer warriors entered forbidden forests, silenced demons that demanded worship and paralysed deeply rooted, anti-gospel activities. Sometimes, beginning from the highest places, they openly disgraced satanic agents, emptied hospitals by the healing power of the Lord Jesus Christ, rendered witchdoctors jobless, and they started the first indigenous Holy Ghost filled church in Nigeria. So far – and we stand to be corrected – none has equalled, let alone surpassed this humble brother in the field of aggressive evangelism in this country.”
21.  The works of Dr. Daniel Olukoya are published by the Battle Cry Christian Ministries. These published works include over 250 life-changing Christian books (as at July 2015), audio tapes and CDs, video discs and more.
22.  DKO and his wife Sade waited for 15 years before the Lord answered their cry for a child

Facts About Coconut Which Everybody Need To Know

13 Facts You Need To Know About The Nigerian Law School

34 Facts You Need To Know About Samuel Ogbemudia