This is just as he admitted that life would have become meaningless had he not regained the ability to have an erection.
Speaking with PUNCH, he recalled how everyone jubilated the day he had an erection on a sick bed.

Ayefele, who became famous after he survived an accident that almost ended his life on December 12, 1997, said ‘what most people don’t know is that doctors had concluded that I would never be able to perform sexually again.

“After the accident, everyone jubilated when I had an erection one afternoon.  I was wondering why they were rejoicing and they told me the doctors said I would not be able to have an erection again. They had reached the conclusion without my knowledge.”
The gospel singer revealed that he never reasoned that his girlfriend, who later became his wife, would forsake him, in the midst of trouble.
“She did not leave me when I was hospitalized, so why would she leave me afterwards? When things were bad, she was with me all through.  We got married after the accident and we are blessed with four boys.” 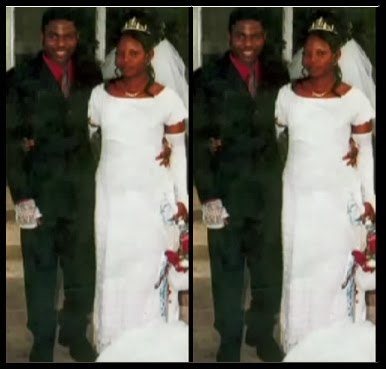 He recalled, “I can still remember my response to a journalist who wanted to be sure I could impregnate a woman. I told him to bring his sister if he wanted a confirmation. It used to be embarrassing when people questioned my sexual ability.
“Even if I am unable to make love to a woman, should that make them happy? Even if my wife and I opted for IVF, is it something they should gloat about?”

He said he feels pains 20 years after, adding that he has decided to stop taking pills because he fears that it may affect his kidney or liver.
He explained further, “I am still feeling pains; I am always in pain every day. Pills cannot even stop the pains and I am conscious of what I take in, but I thank God I have been able to cope. I give thanks to God for sparing my life.

“I personally thought I would die, but my parents and loved ones encouraged me to stay alive. They felt bad, but they didn’t want to lose me. My father was alive then, but I lost him two years ago. He was so supportive all through the trying times.”

Speaking about circumstances that confined him to the wheelchair, he said, “I was on my way to Abeokuta, but I lost control of the car because it rained heavily that day. The car fell into a deep pit. I was taken to a nearby hospital, but they couldn’t handle my case because I was vomiting blood. I was taken to another hospital where it was discovered that I had a spinal cord injury.
“I was then transferred to the University College Hospital, Ibadan, where I stayed for almost a year before I was discharged. Much later, I raised funds and traveled to the United Kingdom, for specialized treatment.”

9 Symptoms that may indicate Worms

EXCLUSIVE: I can’t wait to go back to my normal life – Oka Akoko Regent (Adele)

What this man was pictured doing will motivate you

All you need to know about Flu and prevention